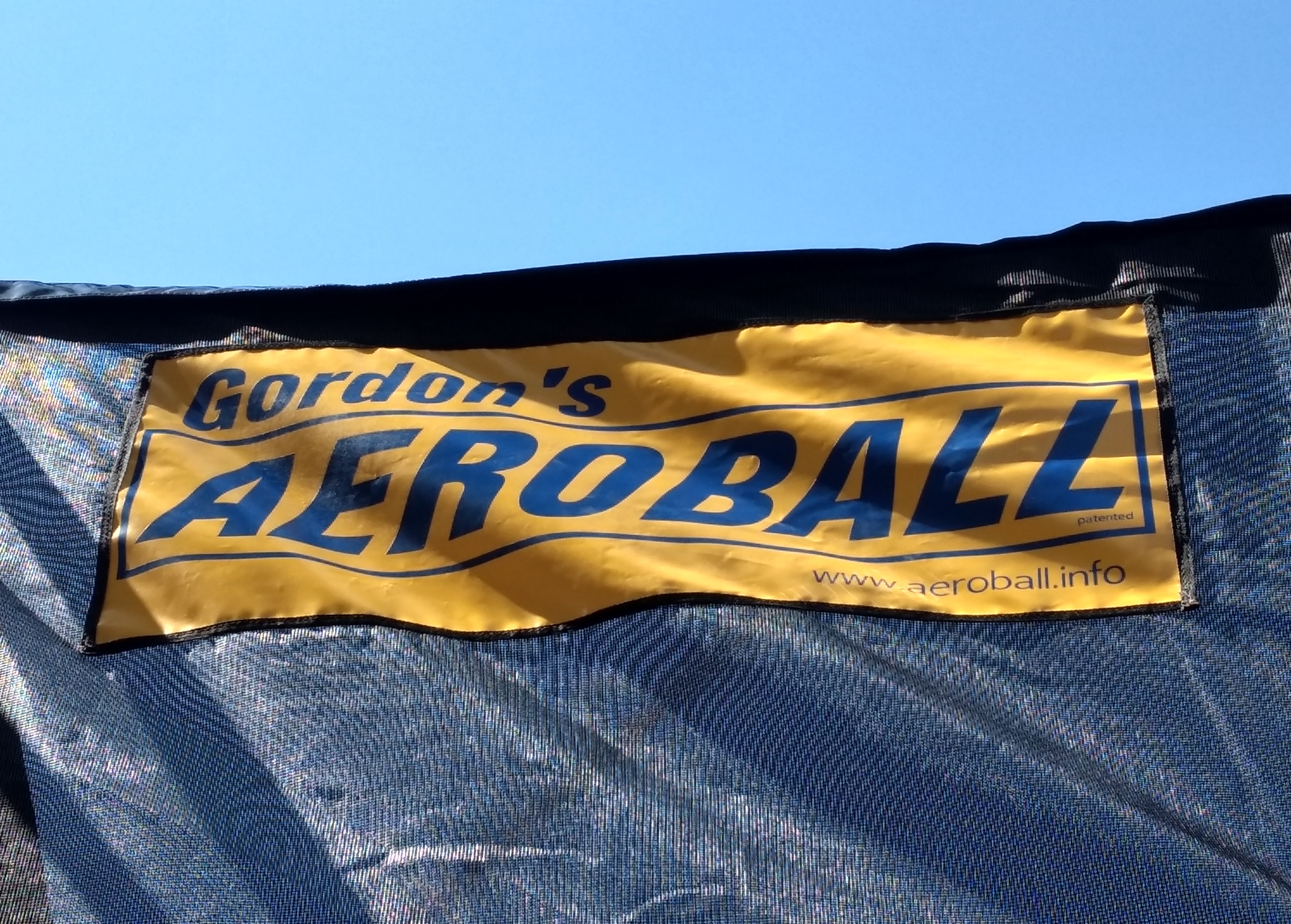 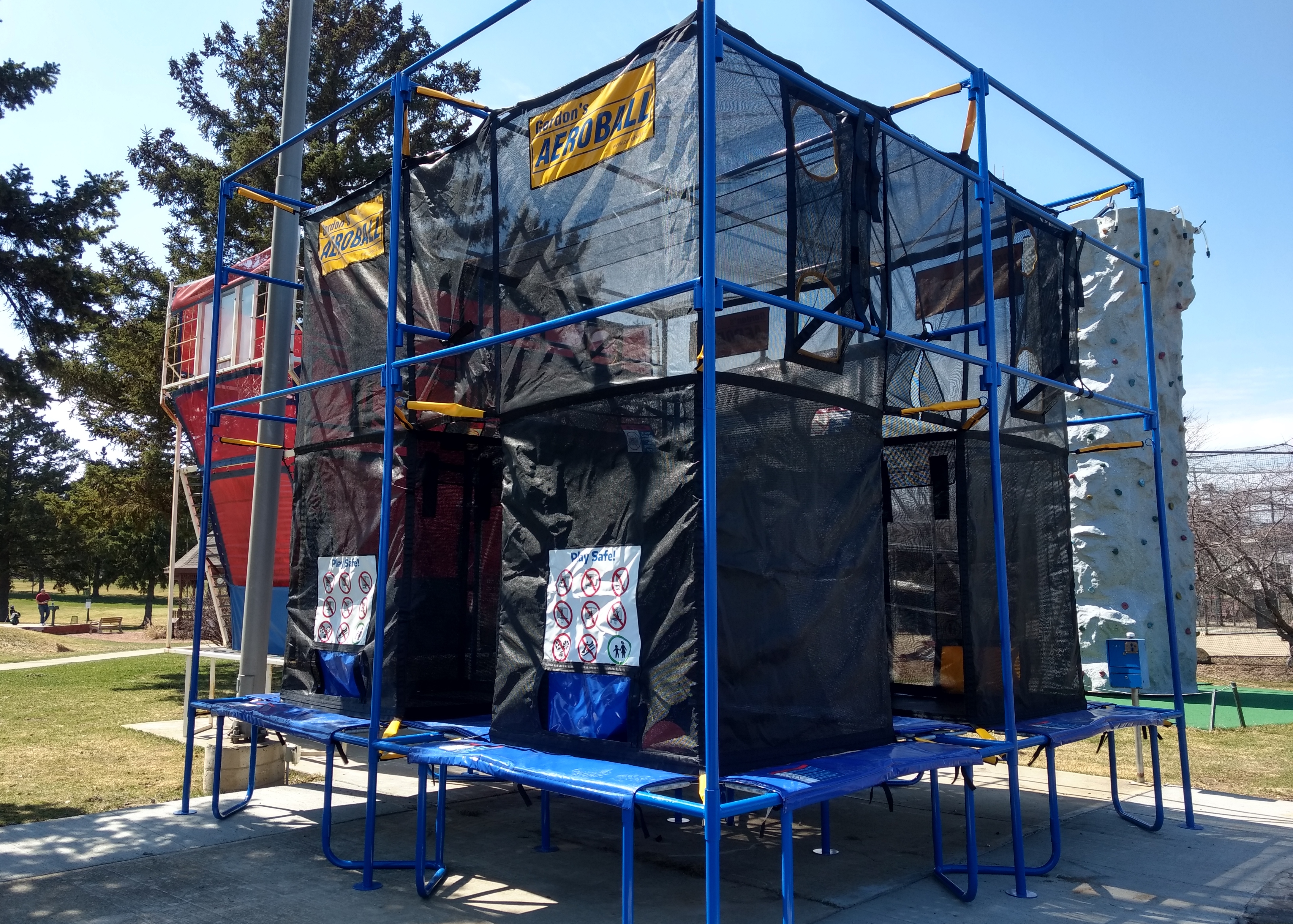 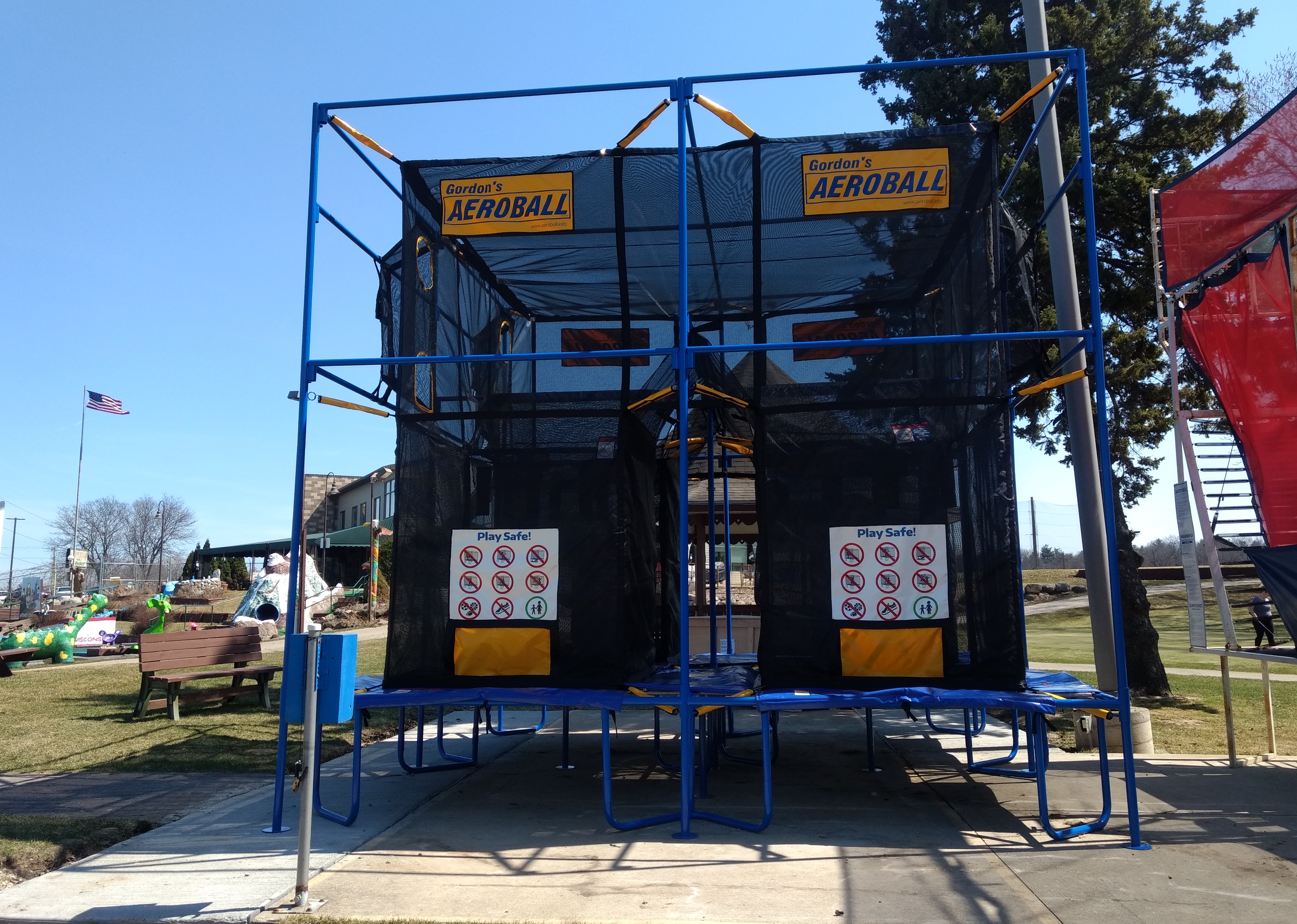 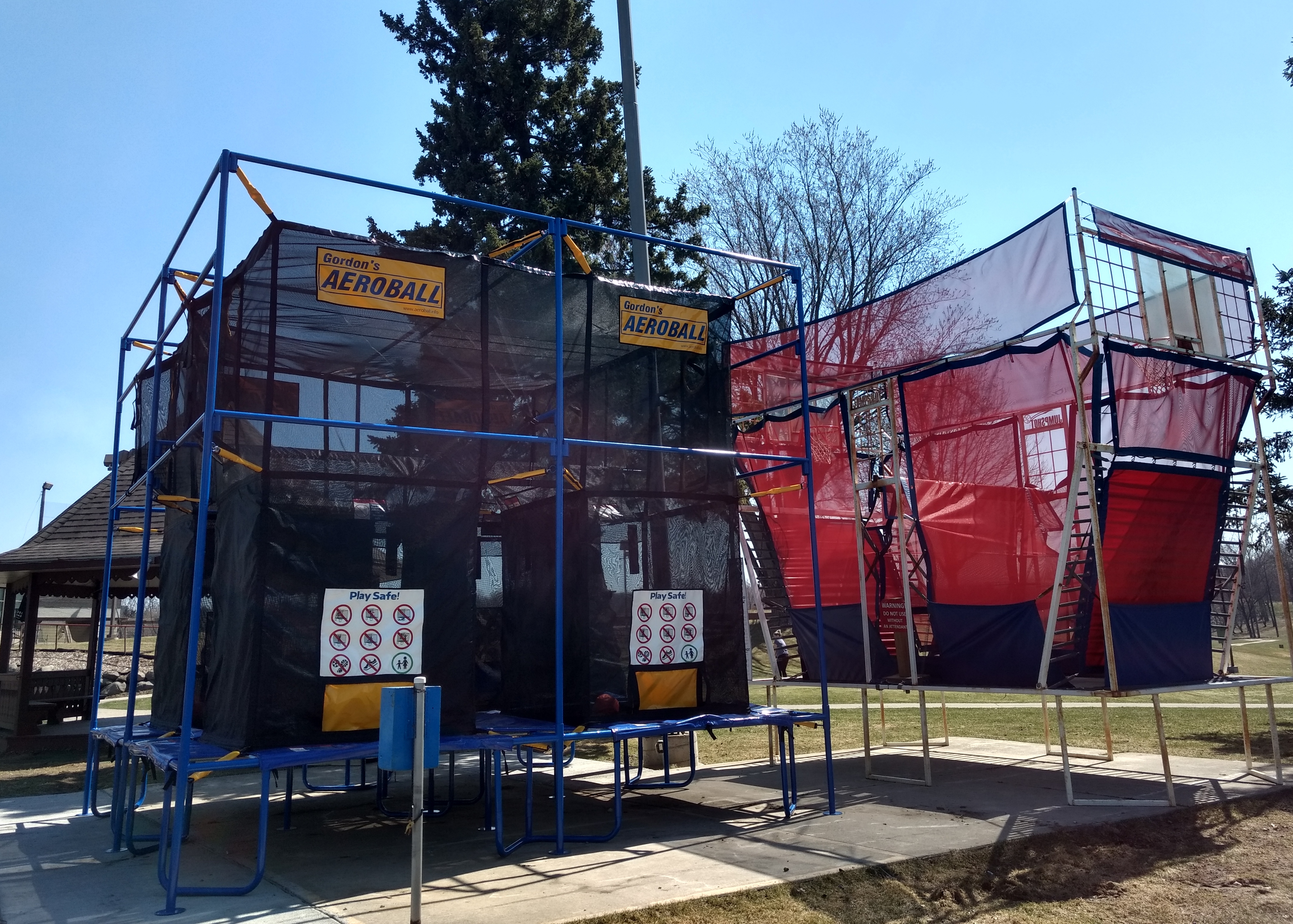 Due to Dane County’s continuation of the Governor’s Emergency Orders, Aeroball is currently closed.

Welcome to  AEROBALL.  It is much like our Jumpshot, but playable with 4 players! Team up or play one on one against each other – jumping, blocking, shooting, and scoring!  This is sure to wear you out while having great fun.

The game is very simple. Players score points by throwing the ball in the top hole of the opponents net. Meanwhile the opponent has to time the jump to block the shot. Unlike basketball the Aeroball nets are vertically mounted to allow for hard, direct shots rather than looping shots. The ball is made of soft leather with soft fabric stuffing.

Even though the game is simple, players quickly develop complex techniques to one-up each other. Imagine rocketing skyward clutching the ball and getting ready to shoot. You look up to see your opponent perfectly matching you. Time slows to a crawl as you hang in the air, waiting as long as is humanly possible to launch the ball at the goal. Gravity stakes its claim, your opponent starts falling and you hurl the ball missing your opponent’s fingertips by mere inches. Goal! In a heated match, inches are often the measure of the margin of victory. Players reach astronomical heights in the competition for vertical superiority, and before long they begin to invent spectacular shots to disorient, distract or intimidate their opponent.

Aeroball represents the evolution from the Original Gordon’s HiBall™ offering enhanced safety. Rebounding offers amazing aerobic exercise, exhausting even the most athletic people in minutes. In addition to aerobic exercise, Aeroball exercises muscles that ordinarily never get an opportunity to be pushed. It quickly builds balance, coordination, focus, and relative motion recognition skills. The best part is that all of this is secondary while playing. Players never realize how tired they are until they stop after a point and are shocked to find that they are completely breathless!


Take-Out & Delivery from our Signature Hole Grill & Bar is available from 11am to 9pm EVERY DAY!